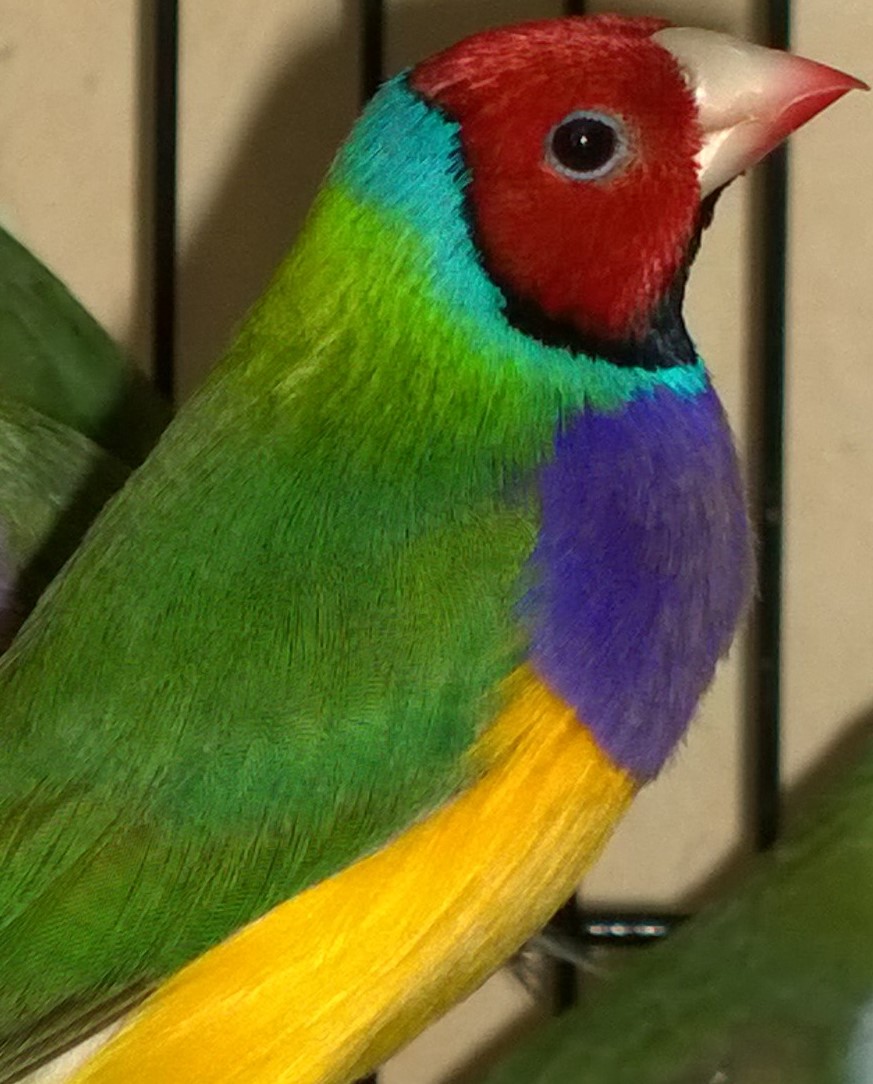 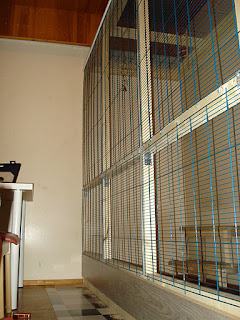 On a visit to the aviaries of Kevin O’Callaghan in Rockhampton Queensland AUSTRALIA in 2010 a couple of birds that did not appear to be the norm stood out. These birds had a Yellow Face with no yellow in the cap. The cap was white in fact almost whiter than white if this could be so.

The Yellow Faced progeny were all visual ‘Seafoam’ and were quite obviously different when viewed in the nest. The mask being yellow, the cap white and the body colour‘Seafoam’.

Neither parent had any visual variations to what would be described as ‘normal’ for their respective variety.
The initial resultant offspring from this pairing suggest that the Spangle was not a Double Factor Yellow face.The term ‘Seafoam’ was nominated by Jennie Liebich as soon as she sighted them; the body colour in each resembled the colour of the sea just below the foam of a breaking wave.
‘Seafoam’ does not reflect the mask and cap colouration, but the body colour only.Realistically they could be called ‘Kerle Faced Blue’ to reflect the origins or ‘Seafoam Yellow Face’ to embrace Jennie’s initial artistic interpretation. The pairings at Graeme’s resulted in nests averaging 70% visual ‘Seafoam’ with the nonvisual still carrying the trait as ‘Seafoams’ were bred from these non-visual pairings.Visual ‘Seafoams’ to Normal Green series birds resulted in visual Blue series (non Seafoam), and Opaline Green hens, these paired back to Blue series (Non visual Seafoam) then gave a very high visual result in ‘Seafoam’ of about 60%, this being Graeme’s assessment. When the first of these ‘Seafoam’ birds were produced, Graeme, as I understand it, gave a couple to a backyard breeder not knowing what he had produced. Kevin noticed some on a visit to Grahams and was fortunate enough to obtain some to breed with and Kevin then was kind enough to gift a couple to Jennie for her to work with. The pair that arrived with Jennie back to Mount Gambier were both visual ‘Seafoams’, one
being Normal and the other a Spangle, these produced chicks and we were overjoyed to see that a couple were ‘Seafoams’. The resultant chicks did not seem to have a long life expectancy thus a number of outcrosses occurred quickly to try and ensure that the strain remained. Note that at Grahams he did not have the same issue; it may have been that the birds that arrived at Mount Gambier were a ‘little’ close.
On pairing non visual to visual, there are now a couple of ‘out crossed’ visual birds to work with. There are others that have been paired to non-visuals with no resultant visuals as yet thus more ‘proofing’ will be required to fully ascertain breeding possibilities.
Graham and Kevin have sent down some further birds that are non-visual that have produced this new variety for them and to these two gentlemen Jennie and I cannot thank them enough for giving us the opportunity to work with these and the previous pair of birds.
One interesting occurrence is that we now have a Green with a Yellow Mask and White cap –and produced from two blues???
This information is being released to share with others this new mutation and to also see if changes are occurring elsewhere in the world of a similar nature. It is a bit premature to determine the breeding habits of this variety, noting that it is Dominant but other surprises might present.
I believe the Spangle has something to do with this mutation and other aviaries that I have visited recently have changes occurring and all of these go back to the Spangle parentage. It is interesting as Roy Aplin of the United Kingdom painted birds similar to these some years ago predicting such a change might occur. 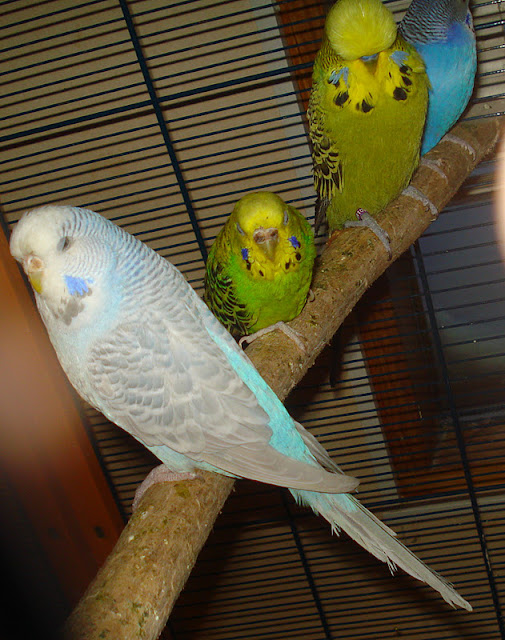